Chairman of the Port of Horsens: Need for more space 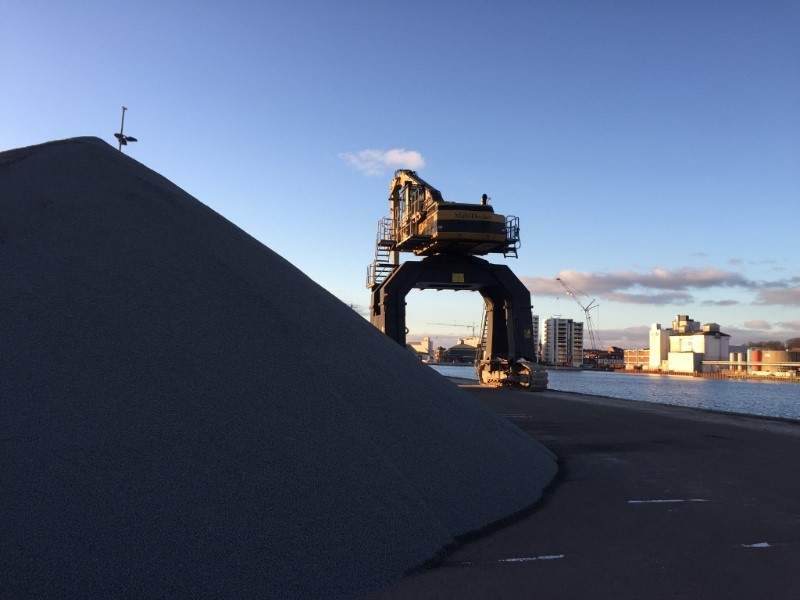 Since I took office as chairman in the late summer of 2016, I have followed the development of the commercial port with great interest. 2016 was the best year for the port in terms of goods turnover, and the increasing volume of goods means that virtually all sections of the port are in use. The port is full and sometimes goods have to be moved to make ends meet. With the sale of the northern port, only the southern quay and the hinterland of this quay can be used - and it is full, except for the area at the far end of the quay, which will have to be set aside for a while longer. This means that both the board and the management have to start thinking now about how the commercial port can develop in the future - and the development that is primarily in mind is an expansion of the area. According to the Harbour Act, the commercial port can establish itself outside the harbour area, for example by the motorway. But at first sight I imagine a traditional solution of filling in/incorporating more land on the territory facing the fjord. This would be done in cooperation with Horsens Municipality, which is currently working on flood protection of the town and hinterland. At the same time, a new road connection (from the motorway exit south via Bjerrevej and Bollervej and on to the port) will hopefully soon have to be taken into account. If all this comes together and is carried out in the coming years, Horsens Port will be a very active player in Horsens in the future, to the benefit of the city in general and the business community in particular. For questions, contact Horsens Havn at horsens.havn@horsens.dk or on 7562 1014 See more news from Danske Havne here